13 MEN CHANGING THE WORLD… LET’S HEAR IT FOR THE BOYS! 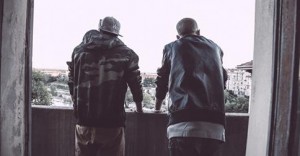 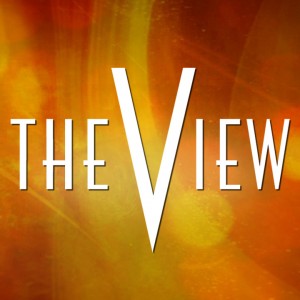 Hello Everyone!I’ve started the petition “Barbara Walters and Bill Geddie and ABC: Consider DearJames™ as a Co-Host for The View” and need your help to get it off the ground.
Will you take 30 seconds to sign it right now? Here’s the link:

Is it time for The View to hire a male co-host that speaks to and for women’s empowerment? I say it is.

Since August 1997, The View has been both a safe haven and a beacon for women the world over, and has helped viewers shape their knowledge, understanding and beliefs around pressing issues. The View arrived at a time when women were in need of a voice, an outlet and a place of identity and equality. As a trailblazer in its concept, design and authenticity, while at the same time highlighting the disparity between the genders just by the need for its existence and its subsequent popularity and longevity, it stood at the forefront by emphasizing the significance of women’s beliefs, desires, needs, experiences, expertise and patronage. The View became a game-changer in television, politics, current events and society as a whole.

Thanks in part to The View’s success, however, today is a new era, and a new era demands something far greater than its yesteryears. The glass ceiling has been penetrated and will soon shatter. Yet the nature of women’s issues has evolved in both positive and negative ways: Isolationism versus equality and empowerment. This uneven progress is a call for new and more nuanced approaches. While The View is and must remain a show by, for and about women, the hiring of a male co-host will give The View the opportunity to yet again be at the forefront of empowerment and opinion-shaping. By broadening the dialog to include a male co-host, while simultaneously broadening their inclusiveness, The View demonstrates its, trend-setting leadership, confidence, earned achievements and continued relevance.

Of course not just any male co-host will do. It demands a person who will not only resonate with women but also seek to further encourage and empower them. One who can bridge the genders, so as to bring about real truth and expression; a new era of We, as opposed to an isolated and outdated one of He and She. With a 96% female following among 15,000+ Facebook followers and a penchant for politics, current events, spirituality and humanity as a whole, intuitive advice columnist and radio host DearJames™ is the male co-host for this important moment in the history of The View. It is the opportunity to the show’s widely reported search for new directions and personalities that will add to the show’s legacy and continued success.

The View has a choice to make; grow its viewership while solidifying its current audience by broadening its leadership, relevance and fortitude to the educated and enlightened audience it created or fail to offer those hungry for more…More. The choice is clear: open up The View according to the same principles of diversity and shared vision and voice upon which the show was founded. I respectfully ask you to usher in a new era at The View, by lending your voice and vote to this cause.

With great appreciation and consideration,

No affiliation or association by DearJames LLC with ABC, The View, Barbara Walters or Bill Geddie is implied or inferred.

When you ask a question, the Universe hears you. And in a multitude of ways, they seek to communicate with you to provide the Insight, Answers & Advice you seek.

From serious to silly, monumental to mundane, or somewhere in between, ask your question, explain your circumstance or situation, authentically, honestly, purely and see how the Universe responds.

There isn’t a topic the Universe isn’t versed in, so ask, ask, ask. The Intuitive Insight, Answers & Advice you receive, may be just what you were looking for. Then again, it may provide you with a whole new perspective on things. And that… Is the beauty of the Universe.

Call-In to the Studio during the Live broadcast with your questions.

Trust is the confidence or reliance within, the assurance of a resting mind…soul.

Trust that you are all you ever really need. You are whole and complete just as you are. Perfect and ever evolving in every moment.

Trust that you were born with great purpose and intention.

Trust that you are guided every moment of every day; you need only quiet yourself to hear the wisdom, the gentle nudges, the overall desire for your well-being.

Trust in your abilities to create the life in which you know you were born to live.

Trust that you hold within your being limitless abundance, potential and possibilities.

Trust that even when you have lost your way, you are not lost, for you are always somewhere.

Trust that even at your greatest moment of loss and despair, you are never alone. You are merely a moment away from yet another new beginning.

Trust is empowerment for the soul.

Submit A Question & Forward Email to your Family, Friends & Colleagues

I am very pleased and excited to announce the “Soft” launch of www.DearJames.com

This has been years in the making, and today, it comes to fruition.

I would greatly appreciate you taking the time to view the site,
and if you are moved to do so,

Submit a Question, for the Intuitive Advice Column
&

Forward this email onto your Family, Friends & Colleagues,

So that they too will visit the site, Submit a Question,
and continue spreading the word.

I can’t thank you enough for your time, participation and email forwarding.